Hi Everyone!  My name is Terrence, and after coming to Glasgow from Toronto in early 2014 to work on the Commonwealth Games, I find myself still here although the Games finished over a year ago! Something about the City and its people have kept me here. 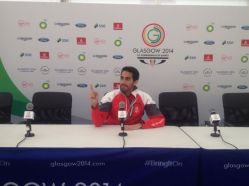 Every once and a while, I will be guest blogging on westenddaze, providing random thoughts and commentary on my Glasgow experience — generally sticking to topics about food, culture and entertainment.

The connection between Canada and Scotland is long-standing and thought I would share a few neat facts about the two countries.

The more time I spend in Glasgow and travel around Scotland, the more the two countries separated by an ocean seem similar. I will continue to document my experiences here and share with you a Canadian’s journey in Glasgow.

Stay tuned for my next guest blog, where I will be preparing an array of Canadian delicacies for westenddaze creator, Anna, including triple cheese bacon dip and poutine!

One thought on “Guest Blog: A Canadian in Glasgow”